Managing People Out – A Coward’s Path 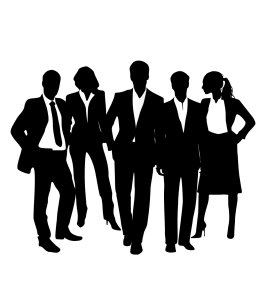 I met Sarah in a mastermind group.  She was having a rough time at work and wanted to leave, but was worried nobody would hire her.  The more she spoke about her situation, the more her story began to affect me.

Sarah’s new manager had taken a disliking to her, but it was never clear as to why.  She micro-managed Sarah’s every move, and regularly criticised her work.  This confused Sarah because her work was well received by so many others in the office and by the industry, but it never seemed good enough to her manager.

Sarah told me that work had gotten much worse recently because her boss had begun yelling at her regularly in the open-plan office, which made her so uncomfortable that she wanted to disappear.  In addition, Sarah was told in her last review that she wasn’t fitting into the team and that most of the office did not like her. As a result, she became more withdrawn and more insecure in herself.

It is my assumption that Sarah’s boss wanted to ‘Manage her Out’ of the business.  I can only ‘assume’ because I don’t have both sides of the story, but I decided to write about it because Sarah’s story not unusual, I hear similar stories too often.  There are countless narcissistic managers who have destroyed someone’s confidence in order to get them to quit.

The Financial Times ran a great article last year about a few ways that some companies approach this strategy. Amongst the many ways written in the article (found here), the two that I found most common are:

Performance improvement plans: where the company puts someone on a path to ‘help’ them improve, when in reality the intention is to overload the person with unrealistic deadlines and unachievable targets to make them look as if they are not preforming.

The Big Freeze is the next underhanded method mentioned in the FT article. This is when the person is no longer invited to relevant meetings or social affairs which intentionally makes them feel excluded.  I must admit that this approach seems like it is plucked right out of the Mean Girls movie.

Do any of the above behaviours seem manipulative and childish to you?  They lack authenticity which is why I take great issue with the concept of ‘Managing someone Out’ of a business and am left wondering why this strategy is tolerated?

Much like Sarah, the results can be detrimental to the individual’s growth and self-esteem. They are left wondering about their skills, values and overall worth which can affect every part of their life in the future.

How about we all agree to stop companies from using such primitive methods?  YES I do have an excellent alternative.  One that will be far less time consuming, more transparent and overall more ethical. It is called: Having an honest and courageous conversation.

If you are doubting someone’s skills, tell them what they need to do to improve, and then give them the right amount of support and time to try.

If you do not think a person is right for the role after a sufficient amount of time where you have gathered evidence to prove your views, then speak to them about their options.

As their manager, it is your job to be upfront about their abilities, their strengths and their weakness. That is how we learn and grow. But whatever you do, please stop avoiding the conversation by taking the cowardly option of Managing someone Out.

How about we #stopthemadness together?